I love getting out the camera and experimenting with stuff.  Today: what’s the effect on depth-of-field and apparent closeness of changing the focal length of the lens?  There’s strong implications on filming here.

First off, on apparent closeness.  I’ve been reading all about planning movie shots of late and one thing that is stressed is that a longer lens will shorten the apparent distance between objects.  So I set up the camera, took pictures of three dolls, and found the following, all of which are at F22: 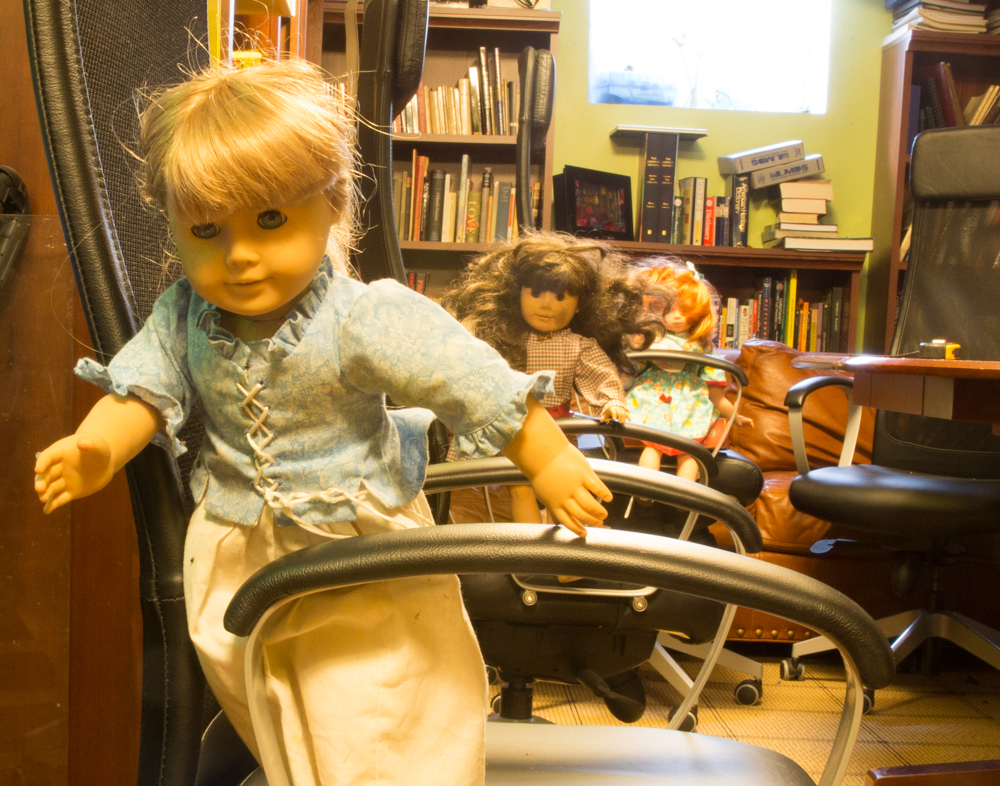 So this experiment demonstrates what the books are telling me: a long lens compresses space and makes all sorts of interesting effects possible.  If the second doll were to swing a doll-sized axe in the direction of the first (I wonder if American Girls has a battleaxe accessory), the 200mm version would make it look like she was braining the first doll even though there would be a couple of feet of space between doll and axe.

Let’s look at another question: what’s the effect of focal length on bokeh?

Let’s test that, shall we?

All of the following are shot at F2.8.  For the longer lens, I moved the camera back so that the apparent size of the subject was the same (which I also did in the above shots, BTW). 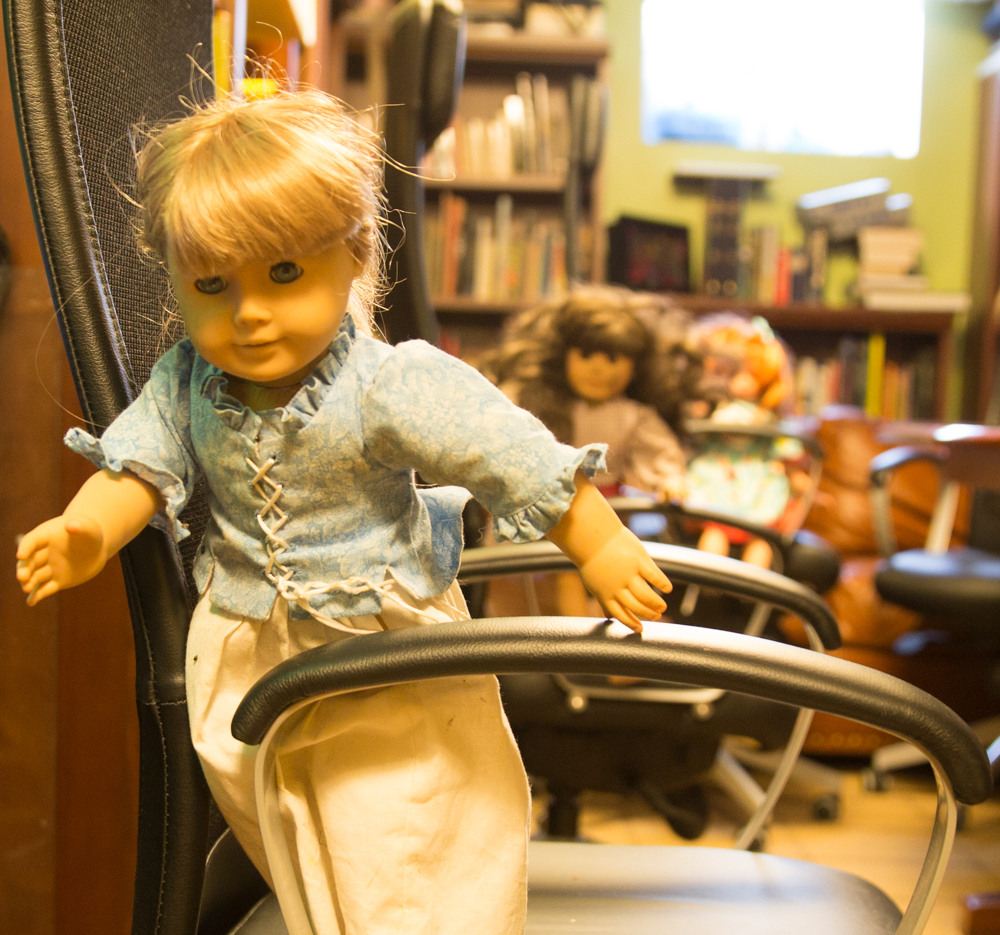 A nice bit of bokeh on the dolls in the background. I don’t see a significant difference in the bokeh on the dolls in the background.  So for this one, I have to say that Brown is correct.  A longer lens is not going to miraculously give more bokeh. 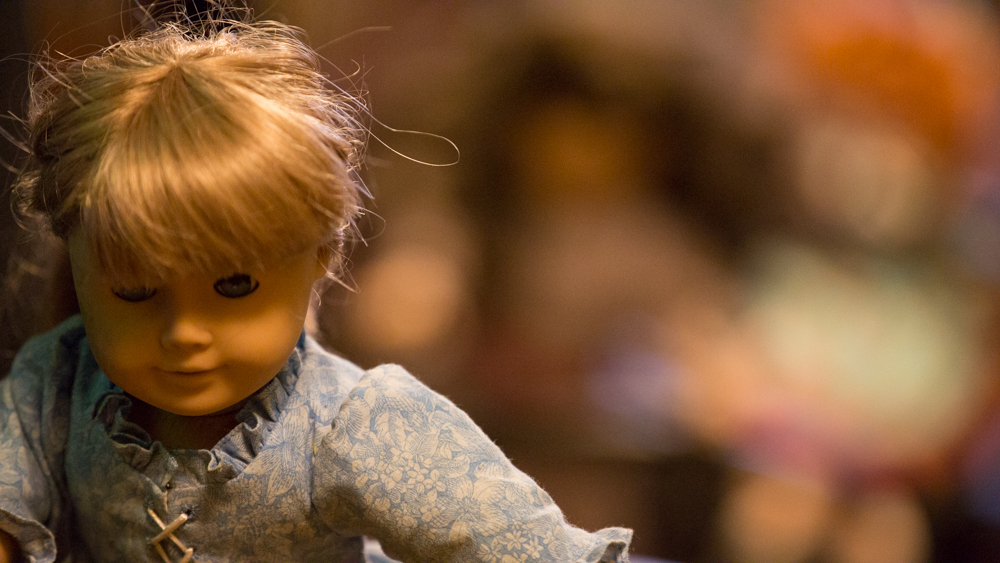 Now that’s some serious bokeh.  But I shot that one at the same distance as I shot the 24mm shot.  (It’s worth noting that the 24mm version is cropped.  This one is not.)  So at the same distance, you get a much shallower depth of field with a longer lens.  But you also get a larger subject.  There is no magic that will give you shallower depth of field.  The only real solution is this: 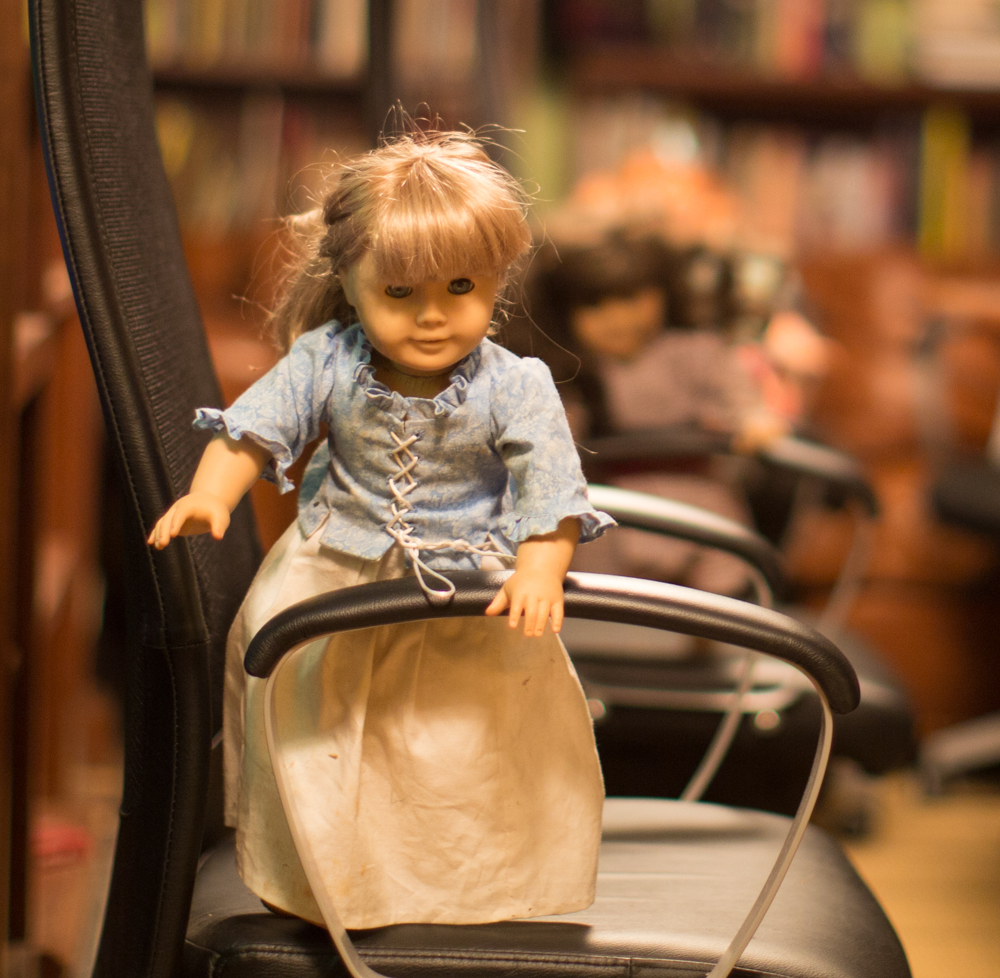 That’s done with a 50mm lens, and the pre-cropped photo has the dolls at about the same size as the others.  There’s more bokeh than the original three examples, though not as much as the last 200mm picture.  But this one is taken with a prime lens – my one prime.  The zoom lenses that I used to take all the other pictures have a maximum aperture of F2.8.  This one opens much further – this was taken at F1.2.  There’s a lot more bokeh (though not as much as the 200mm close-up).  So the only way that I seem to be able to get serious bokeh is by using a lens that can open up really wide or by taking a close-up shot.

Useful experiments, and fun too.  And special thanks to my lovely models.